“After I lost Ruth, I would go to bed alone,” says Ron, 86. “Wake up in the morning alone. Have lunch alone. Have dinner alone. And then go to bed alone again.” After Ruth passed, “alone” gradually became a way of life for Ron. Then family and friends convinced him six years ago that life could be dramatically different at The Philadelphia Protestant Home.

Ron says he thinks people resist a move into a retirement community because they don’t want to leave their memories behind. But when he finally made the move, he learned something surprising: “I came here and my memories came with me.”

Ron Hugo is a retired high school physics teacher. He is intimately familiar with light, heat, thermodynamics, transference and gravitational pull. But after his wife passed away in 1988, he resisted the gravitational pull of a new and better way of life for 21 years. Then he took a leap of faith. Now Ron has a lifetime of memories made with his wife and children, plus new ones he’s making with his PPH family of friends. He meets them for breakfast in the café, bakes bread every other weekend, attends worship services, has afternoon tea and helps set up and break down movie nights. Ron is also a skilled craftsman and continues to pursue his longtime passion of making stained glass art in the PPH stained glass workshop. (In fact, he’s donated over $29,000 in stained glass sales to the PPH Benevolent Care Fund.)

When Ron finally gave in to the gravitational pull of a new life – 21 years too late in his estimation – he gave over completely and with life-changing results. “It’s like night and day but more dramatic,” he says. “It’s like calm weather to a hurricane.” A happy, healthy hurricane of a new life in the company of friends.

After much conversation — and with the blessings of their children and grandchildren — the Grabers moved to The Philadelphia Protestant Home in 2012. True to their opposite personalities, the outgoing Rich, 76, was looking forward to life at PPH; the less social Arlene, 73, was looking for a place to hide. Very quickly, she surprised herself and found that she liked it. (Very much, actually.) “She’s totally changed,” says Rich. “We’re seeing another side of her come out that she didn’t even know existed.”

Today, life is good. Arlene makes crafts and cooks special meals for her family in their kitchen. Her husband volunteers with second graders at a nearby school, organizes table shuffleboard games for the PPH community and plans to have a garden in the spring. “We can see happiness here,” says Rich. “I believe doors open and doors close in your life for a reason. This door is opening.”

Lee met her husband, Len, on a blind date shortly after high school. They married and had two sons, Mitch and Alan. After Len had a heart attack in his early 30s, Lee made some life changes. She learned how to drive and went to work in order to supplement the family income. But it was Len’s second, fatal heart attack at just 59 that brought sweeping changes to Lee’s life. “I became a really positive person after his death because I wanted to be a good example for my children,” she says. “I started exercising, dancing, volunteering and eventually resumed my social life.”

Lee, who is 80, lived alone for the next 25 years in the house that she and Len had shared. Eventually, home maintenance issues and the prospect of becoming a burden to her family led to her decision to come to PPH. She’s never looked back. Rather than finding life here isolating, she’s seeing it expand her world. She’s doing everything she used to do when she lived at home and more.

Lee, who is Jewish, is also enjoying her new neighbors including Protestants and people of other faiths. “I love everybody,” she says. “I’m always telling people how wonderful this place is.”

In the end, Lee has come far from the young widow she was 25 years ago. “I was scared but I believe God helps those who help themselves,” she says. Like so many others that find a way to be happy no matter what life throws at them, she knows that happiness isn’t a matter of circumstance. It’s a matter of choice. 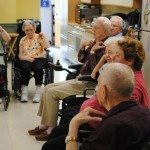 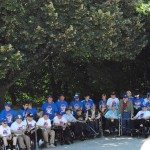 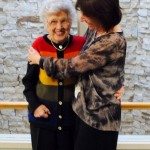 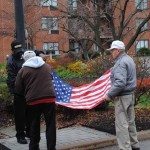 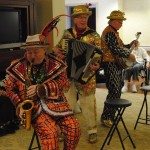 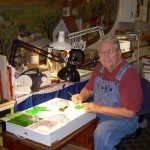 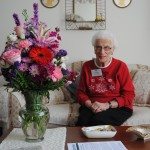 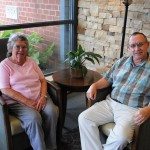 We’re planning a special surprise this Mother’s Day (May 9) for our resident moms and need your help. Fill out the boxes below with a personal message to your loved one. The first section is for Independent Living residents, second section is for Personal Care/Chapters residents and the third is for Pathways/Nursing residents. (If you’re […]