Veterans of PPh filled our Social Hall for a special ceremony held yesterday in their honor.  The annual ceremony is organized by PPh Director of Community Relations, Bill Conaway.  Bill also facilitates the monthly meetings for the Veterans Program of PPh.  This year’s ceremony began with Bill giving a heartfelt speech to thank those involved in the ceremony and especially our veterans.  Present was Bill’s son, Specialist Tom Conaway for the U.S. Army, making this year’s ceremony particularly profound for Bill.

Jared Solomon communicated a powerful message as the keynote speaker. Jared is familiar with both the community and the military.  He is a resident of Northeast Philadelphia and President of “Take Back Your Neighborhood.”  He is a Captain in the Army Reserves and serves in the Judge Advocate and General Corps.  Jared has received a National Defense Service Medal and the Army Service Ribbon.  He spoke about his personal story on why he became a member of the military, how his grandfather was instrumental in his decision, and what he learned from him especially in regards to being a Veteran.

Following was the POW/MIA remembrance ceremony then a video of PPh resident and veteran, John Bulovas.  John was a POW from 1943 to 1945. The video was initially presented at a ceremony held at the Navy Depot in honor of POWs.

To see the video of John Bulovas, hear Jared’s speech, and The Rev. Scott Mitchell sing Go to our Facebook Page.

Pastor Harry Spink concluded the ceremony with the Benediction.

Thank you to everyone who participated in this exceptional ceremony and, of course, to our Veterans. 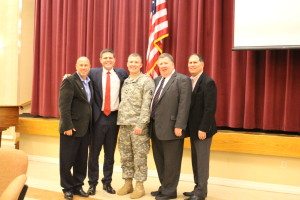 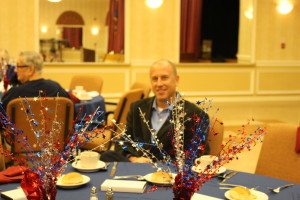 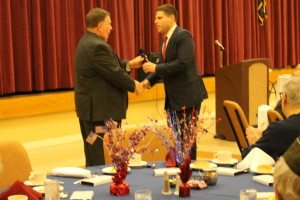 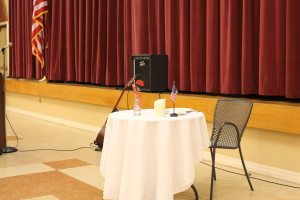 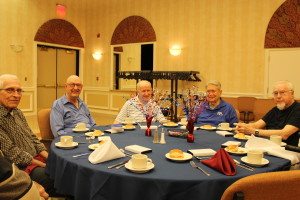 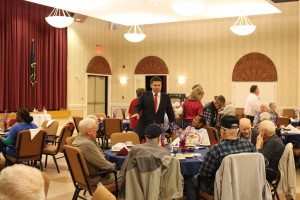