In 1889, a group of German ministers representing Philadelphia churches shared a concern regarding the increasing number of older people within their churches that were unable to care for themselves. The group of congregations combined their financial resources in an attempt to provide housing for those seniors. In 1890, Mr. F.A. Poth donated one of his houses on North 5th Street. In addition, a monetary gift of $500 was donated in order to open the first residence. On March 4, 1890, a Charter of Incorporation was granted to the first Board of Directors. That same day, the first resident, Marie Magelene Seitz, moved into the 5th Street Property.

After two years, the house became overcrowded and larger quarters became necessary. In 1892, generous donations and income generated through memberships and savings, a second, larger property was purchased at 529 York Avenue for $10,320. This new location included a main house and two smaller cottages. Initially, the cottages were used for rental purposes to generate revenue for the Home, while residents occupied the main house. Eventually, all three units were housing residents.

By 1897, the Home once again was faced with overcrowding while many awaited acceptance. The Board realized that the purchase of a larger house would not suffice. Rather, a parcel of land was necessary to accommodate the increasing need and demand for assistance. In 1898, a generous gift made in memory of Elizabeth Bergdoll, in addition to a $5,000 monetary contribution made by the Volger Estate, enabled the Board to purchase 12.5 acres of land in Lawndale. By December 1899, a building had been constructed and sixty residents had already moved in.

The need for services was continuous and ever growing. A wing was added in 1915 to accommodate 57 more residents. In 1925, a nursing facility, chapel and dining room were added. By 1977, Gateway Manor, the first of our Independent apartment buildings was built. The other two, Alpha and Lawndale Manors, followed in 1986 and 1987, respectively. A year later our name was formally changed to The Philadelphia Protestant Home. The number of residents has grown dramatically from 15 in 1890 to 600 today. PPH has evolved from a single house on 5th Street to a fully accredited continuing care retirement community with 267 Independent Living apartments, 175 Personal Care accommodations, and a 126-bed Skilled Nursing and Rehabilitation Center. 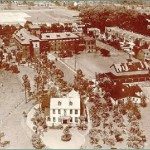 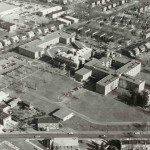 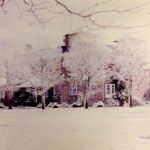 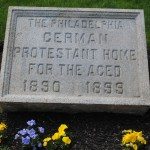